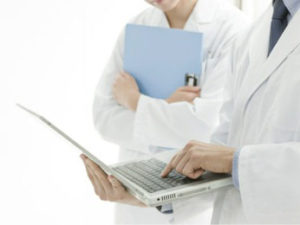 As electronic prescribing (e-Prescribing) rolled out over the last decade, some stakeholders were concerned with whether the expenditures were justified and would realize a return on investment. Those concerns have been allayed, as we continue to hear success stories of how e-Prescribing can reduce costs, hospitalizations and emergency room (ER) visits as well as improve patient outcomes.

One example is a recent study on diabetes care and e-Prescribing, which was based on the medical records of 3.1 million Medicare beneficiaries from 2011 to 2013 (a period when e-Prescribing adoption was not as robust as it is today). Overall, the study found that beneficiaries whose medications were e-Prescribed most often had significantly reduced adverse drug events (ADEs). The researchers further concluded that use of e-Prescribing is associated with lower risk of an emergency department visit or hospitalization for diabetes-related ADEs.

This kind of example has implications for payers, providers and patients. Payers are interested because diabetes is a widespread chronic illness for all patient groups, not just the elderly. Furthermore diabetes is among the most common causes for expensive inpatient care. According to the government, diabetes with complications is a top cause for hospitalizations covered by Medicare and Medicaid. It also is among the most expensive, costing Medicare $2.44 billion in 2013, the year for which the most recent data are available. Many hospitalizations for diabetes are considered to be avoidable. Taking all these factors together, payers are looking at e-Prescribing as a tool to cut costs and improve patient care, particularly in the transition toward value-based reimbursement.

Physicians are well positioned to use e-Prescribing to improve patient care. Most prescribe electronically already and a growing number are adopting e-Prescribing for controlled substances. This means that e-Prescribing is already in the physician workflow; use of its clinical decision support features can impact care quality, including diabetes care. Physicians also have another reason to leverage e-Prescribing.  Many are graded by payers (including Medicare and Medicaid) on their ability to keep patients healthy.  Those who don’t meet targets for preventable hospitalizations and other quality-of-care measures can incur reduced reimbursements. This incentivizes physicians to find tools to improve quality and outcomes. e-Prescribing is right at their fingertips.

From a public health perspective, it’s obviously is a good thing to avoid ER visits and hospitalizations.  There are also cost implications. Patients pay, on average, nearly $2,200 in out-of-pocket costs for an ER visit. Doing the math, e-Prescribing could have saved billions of dollars just for the small subset of Medicare beneficiaries in the study. Spreading such potential cost savings across the broader beneficiary population with diabetes and other chronic diseases would save astronomical amounts.

Although ePrescribing now is commonplace as a functional tool in both inpatient and outpatient settings, it still is in its infancy as an instrument to improve care and reduce costs. As we learn more, we can leverage the power of e-Prescribing as part of a larger strategy to create smarter spending across the entire health care system as well as improve patient care and outcomes. What do you think?  Drop me a line at michael.burger@pocp.com.