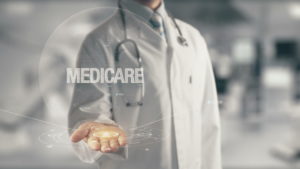 Medicare Part D could adopt the Real-Time Pharmacy Benefit Check (RTPBC) beginning as early as January 1, 2020. That is what’s proposed in a draft rule from the Centers for Medicare and Medicaid Services (CMS) entitled Modernizing Part D and Medicare Advantage To Lower Drug Prices and Reduce Out-of-Pocket Expenses, CMS-4180-P.  Point-of-Care Partners (POCP) has provided extensive comments on the proposal. [Click here to read our comment letter.]

The RTPBC is a transaction that can be used in the electronic prescribing (ePrescribing) process to provide benefit details, such as patient out-of-pocket cost, drug alternatives and PA information, for prescription drugs covered under the patient’s pharmacy benefit. It enables providers to make better informed medication choices at the point of prescribing and helps connect patients with the costs of their care. Adoption by Medicare Part D will hasten adoption by other stakeholders.

The following is a summary of POCP’s major comments on the proposed regulation.

For this to work well, however, two things have to happen. First, payers have to populate the prior authorization field in the F&B file and make it available in the RTPBC response. Data in this PA field is frequently missing or inaccurate. Second, payers must address the gaps in F&B data. For example, key data often are missing regarding individual patients’ insurance coverage, coverage restrictions, therapeutic class guidelines, and deductibles. Currently, these data are not always presented completely or accurately. Such problems serve as a barrier to adoption.

As a result, we recommend that CMS should require payers to provide a minimum mandatory data set to populate F&B files as well as populate the prior authorization field in F&B files. In addition, the final rule should specify that the RTPBC does not replace the eligibility-informed F&B check.

Comments related to implementations of RTPBC to make it more useful, accurate and complete in addressing price transparency and patients’ out-of-pocket financial obligations.

Please reach out to me if you would like additional information on issues surrounding the RTPBC and use of the transaction. We’d also be happy to help you draft your comment letters, which are due by 5 pm on January 25. My email is tonys@pocp.com.