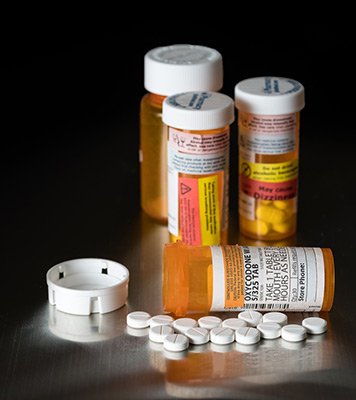 America is in the throes of an opioid epidemic, which is shattering lives nationwide with record-breaking overdose deaths and levels of addiction. The result: an onslaught of new state requirements for electronic health record (EHR) vendors that are coming fast and furiously but which lack consistency. In addition, there are potential mandates from the federal government regarding meaningful use and the Medicare and CHIP Reauthorization Act (MACRA). All these laws and requirements create many challenges for EHR vendors, who must keep up or risk declining market share or even product survival.

An interesting aspect of this trend is that beyond simply requiring it, states are getting much more specific about the “who, what, when and how” of PDMP access. No consistent pattern is emerging. Access might be based upon the prescribed drug class, days’ supply to be prescribed and/or the maximum morphine equivalent (MME) of dosing. Requirements may also vary by type of pain, diagnosis, practice setting or prescriber type. Vendors may be pressured to incorporate these requirements into their ePrescribing modules, which will, again, be difficult as a result of significant differences among the states. EHR vendors are also being leaned upon to enable efficient and timely access to PDMPs to facilitate compliance.

There are numerous examples on the policy side. For example, 43 governors signed the Compact to Fight Opioid Addiction in 2016, which included a commitment to build on their efforts to fight opioid addiction by integrating use of PDMPs into EHRs. On the legislative side, a growing number of states are facilitating integration of PDMP access with EHRs. Michigan is an example. Michigan’s PDMP, the Michigan Automated Prescription System, will soon be connected with EHRs from such major vendors as Cerner, McKesson and Epic.

That said, many states still have statutes barring the integration of PDMP data with EHRs and local medication profiles. Some are beginning to remove that barrier. EHR vendors must stay on their toes to keep abreast of such rapidly changing developments and ensure their products are compliant. They also will need to be on the lookout for guidance and related laws on the docket in state legislatures.

Keeping up with developments. We expect to see new state legislation aimed at making PDMPs an even more valuable tool in fighting the opioid abuse epidemic. Point-of-Care Partners (POCP) is on top of those efforts. Our ePrescribing State Law Review service was created to keep companies up to date with federal and state regulatory changes so they can proactively identify opportunities and modifications that may be needed. Subscribers receive ongoing, in-depth analyses of relevant prescribing rules and have access to POCP regulatory experts. For a current, point-in-time summary of state laws, check out our recently launched ePrescribing State Law On-Demand.

To lean more, visit our Regulatory Resource Center or contact me at connie.sinclair@pocp.com.