Regulations and EHRs: All Pain and No Gain?

I recently read a summary of a Capitol Hill hearing that focused on the impact of healthcare’s administrative burden on costs and quality. Interestingly, meaningful use (MU) and electronic health records (EHRs) took it on the chin.

Providers told lawmakers that they are experiencing a variety of administrative burdens from federal regulations. What’s more, they said, these are increasing healthcare costs and negatively impacting the value of health information technology. At the hearing in Washington, DC, Senator Lamar Alexander pointed to the Meaningful Use program as an example of burdensome rules involving EHR systems.

That statement, in itself, is questionable, as Meaningful Use is an optional program. For those who opt in, yes there are rules with which to comply. However, in exchange for compliance, participants are eligible for incentive payments. Burdensome, perhaps. But not without remuneration.

An expert also opined that regulations like MU require providers to absorb the administrative costs of adopting EHRs, despite any evidence of any savings. Matt Eyles, president and CEO of America’s Health Insurance Plans, testified that physician reporting on quality measures is impeded by the lack of interoperability across electronic health records and the inability of some EHRs to support the retrieval of quality measurement data.

Mr. Eyles may not be aware that the ability to track and report on quality measures is one of the requirements for an EHR to be considered Certified EHR Technology (CEHRT). And that there’s a certification program, which is required for an EHR to be CEHRT. While interoperability remains sparse between providers and health systems, it isn’t clear to me that interoperability is a requirement to report on quality measures.

These factual lapses aside, there are several other important points of note. 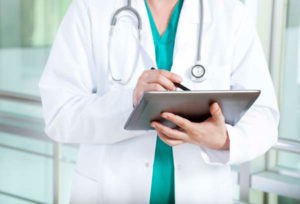 First, we should consider that the hard costs of adopting an EHR were subsidized by MU. It’s true that the soft costs (process change by hospitals and practices to meet the MU requirements) were not underwritten. But EHR adoption is not mandated by MU.

Second, one expert claimed there are no savings resulting from EHR adoption, citing little to no reduction in duplicate testing as a result of EHR implementation. It’s an interesting theory: because clinical records are computerized, less testing should be ordered. But, given healthcare reimbursement on a fee-for-service basis, providers are incented to order more tests – more tests equal more reimbursement. If anything, computerization has yielded temporarily increased costs because providers are reminded to order tests that might otherwise not be remembered.

The desire for short-term savings ignores the underlying design of the MU program and its successor, the Merit-Based Incentive Payment System (MIPS), which was created as part of the Medicare and CHIP Reauthorization Act (MACRA). These programs are long-term strategies, which ultimately will reduce costs. They reduce costs by putting an infrastructure in place where evidence-based guidelines can be used in patient care. They then incent doctors to practice using the guidelines. Ultimately, patients treated using guidelines will be healthier and will require less healthcare. Less healthcare equals reduced cost.

Along the way toward fulfilling this long-term strategy, there are innumerable quality and safety improvements resulting from the use of EHRs. Take electronic prescribing (ePrescribing), for example. Many studies have been done that demonstrate a significant reduction in adverse drug events and deaths through the use of this single EHR feature.

Some of the workflows that have been created to accommodate the requirements of MU, MIPS and MACRA are indeed administratively burdensome. And it’s difficult to keep the long-term goal of the incentive programs in mind while toiling to document clinical data that’s only vaguely related to what your patient is being treated for. That said, I don’t think it’s appropriate to point the finger at EHRs when it comes to administrative cost.

One only has to look at how practices are staffed to understand where the costs lie. Most practices have clinical staff whose job is to navigate formulary-related calls from pharmacies, fill out prior authorization forms, or sit on hold with a payer seeking pre-authorization for a procedure. Other staff spend their days providing additional clinical documentation (on paper, via fax) to justify claims.

Think about this in real terms: Let’s say that a physician seeing 25 patients per day writes 25 prescriptions. And let’s say that half of those prescriptions result in a phone call from a pharmacy asking to switch to a formulary-compliant product. That’s 75 minutes per day. Then let’s say that 5 of those prescriptions require prior authorization. Each form takes 15 minutes to fill out. That’s another 75 minutes. Just for prescriptions alone, that’s 2.5 hours of administrative overhead per physician. This is an area where EHRs have dramatically reduced costs. Formulary validation (MU required) is part of every EHR, reducing the number of pharmacy phone calls for formulary switches. Electronic prior authorization (ePA) has been integrated into many EHRs, reducing the time to fill out the forms to just a few minutes.

That’s my two cents. What do you think? E-mail me at michael.burger@pocp.com.