HIT Perspectives: 10 Thoughts About the New Proposed Rules from ONC and CMS

10 Thoughts About the New Proposed Rules from ONC and CMS 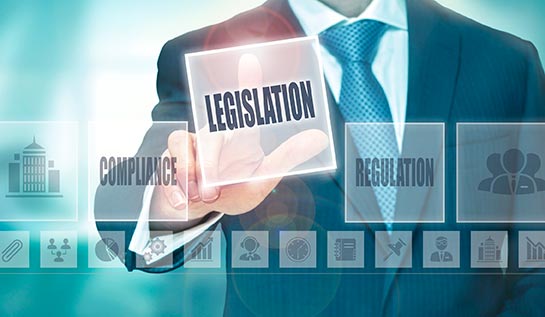 The federal government surprised most of us with the launch of two major proposed rules the day before the recent annual meeting of the Healthcare and Information Management Systems Society (HIMSS) in Orlando.

The Office of the National Coordinator for Health Information Technology (ONC) issued a proposed regulation on interoperability and information blocking. Many provisions were in response to requirements from the 21st Century Cures Act. The Centers for Medicare and Medicaid Services (CMS) issued a related proposal concerning various aspects of interoperability. Both carry out the administration’s goals of promoting patient-centric care and helping patients become more informed consumers of health care through access to their data. The proposals are far-reaching and will have significant impacts on all sectors of health care when they are implemented.

There are several reviews of the regulations out there. Here are 10 thoughts we have:

We’re starting to hear ONC talk about business case; however, in the 21st Century Cures Act, Congress charged ONC with addressing “information blocking” and it is meeting that challenge. The ability to exchange information will be part of the certification process for electronic health records (EHRs). ONC will publish the names of violators and a $1 million fine will be imposed by the Office of the Inspector General. That said, ONC recognizes there are legitimate reasons to block information and lists seven exceptions. Some stakeholders are concerned about the definitions, however, arguing that they could cause more harm than good.

It will be interesting to see how this is enforced. Like most violations, it’ll probably come down to someone turning in an offending company.

It’s worth noting that EHRs that have developed APIs have entire programs and app stores, meaning they certify those to whom they grant access and in many cases charge them a fee. While patients should surely have access to their data – and be able to direct it to a provider – one has to wonder how payers will grant this access.

We believe the required support of all these standards and versions perpetuates the need for clearinghouses. Not everyone will be able to transition to new standards at once due to the breadth of such an undertaking and the large number of distributed systems. There will be a need for translation by clearinghouses for some time into the future.

Another part of the proposal focuses on encryption of authentication credentials and multifactorial authentication, while another updates certification criteria for data segmentation and consent management. Data security and privacy remain top of mind for ONC; as the scope of data widens to EHI, granularity of consent management increases proportionally.

This clause does give us pause, however. The complexity of FDA certification for IT products is strict and arduous. FDA certification of EHRs has been long talked about and dreaded by EHR vendors.  We wonder if this move to harmonize the FDA program with the ONC program could be a precursor of things to come?

Our initial take-away. We applaud ONC and CMS for their thoughtful and diligent work in developing these proposed regulations. The amount of detail is mind-numbing and the industry has much to absorb. ONC, in particular, has been challenged in trying to implement the many provisions of the 21st Century Cures Act in a real-world manner. We hope that ONC and CMS will take into account the intended and unintended real-world consequences of the proposed rule to technology suppliers.

The short-term impact will be industry pushback — and a lot of it. There’s a mountain of work to be done in a short while, which won’t make a lot of folks very happy. At a minimum, we expect the proposed 2020 implementation date for many requirements to be a bone of contention, although some of the compliance dates have been extended to 24 months. We almost wonder if the NPRM isn’t a starting point for negotiation, meaning the feds are asking for way more than they expect to get.

On the other hand, ONC recognizes the scope of lift required by the proposed changes for technology suppliers. The agency noted in a recent blog that about a third of certified health IT developers have published via the Certified Health Products List that they are using FHIR Release 2, as of mid-September 2018. Additionally, 51% of health IT developers appear to be using a version of FHIR and OAuth 2.0 together. It’s been too soon since the two proposed rules were rolled out to fully gauge industry reaction and provide a guesstimate as to what may be eliminated or changed in the final rule based on comments.

In the longer term, we think the depth and breadth of implementing these proposals may be too much for many of the smaller EHRs in the market. In fact, Table 7 in ONC’s Impact Analysis noted a 23% drop in EHRs being certified between 2011 and 2014. This proposed rule could increase market consolidation.

We’d be happy to help you understand the impact of the proposed regulations to your business and assist in developing comments. Comments are due by close of business on May 3rd. Reach out to me at tonys@pocp.com.