ONC to Significantly Scale Back EHR Certification and Enforcement 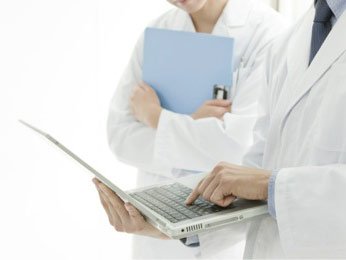 Stakeholders of all kinds were surprised when the government proposed it will significantly scale back certification testing requirements for electronic health records (EHRs) as well as lessen the burden of enforcement for both EHR vendors and ONC Authorized Certification Bodies (ONC-ACBs). The out-of-the-blue announcement came in a September 21 blog post from the Office of the National Coordinator for Health Information Technology (ONC).

How the changes will work. Under the proposal, vendors will be able to “self-declare” that their products meet 30 of 55 certification categories. These self-declared criteria are “functionality based” and cover such things as medication and problem lists, computerized physician order entry, patient-specific education resources, and drug formulary and preferred drug list checks. Functionalities no longer needing testing are included in a detailed list of certification testing specifications on ONC’s  2015 certification testing web page.

Vendors must, however, undergo certification testing to demonstrate compliance with the remaining 25 criteria. ONC says that nearly all functionalities still requiring testing are related to interoperability, which is one of the agency’s main areas of focus.

On the enforcement side, ONC-ACBs will have discretion to prioritize surveillance based on complaints received rather than the current requirement to conduct randomized surveillance on a tiny percentage of the heath information technology certifications they issue. This modification moves surveillance from a proactive to reactive mode. Reported problems about EHRs or certification standards will be reviewed and investigated by testing authorities.

Impacts. Many stakeholders are still digesting what the changes will mean. Here’s what we know so far:

A potential downside to the change from proactive to reactive compliance surveillance is vendors could be subjected to more claims from users claiming substandard functionality. Absent a broad certification process, compliance with the requirements will be subjective, based on each vendor’s interpretation and the interpretation of their customers.

Physicians. On one hand, the changes are important because they should increase the availability of EHRs meeting 2015 certification. This will help providers in meeting requirements for MU stage 3 and Advancing Care Information  — an EHR-based scoring methodology for Medicare physician payment that is part of the Medicare Quality Payment Program, which was created to align with the requirements of the Medicare and CHIP Reauthorization Act.

On the other hand, physician advocacy groups are wary that the changes in certification and enforcement would have unintended consequences on patient care and directly affect EHR utilization. For example, some fear that less regulation will not necessarily result in more interoperable and usable EHRs. Concerns have been raised that there will not be enough vendor accountability around self-attestation, leaving physicians to identify compliance problems that might have been found through testing and resolved before the EHRs hit the market.

We look forward to the industry stepping up to take advantage of the found bandwidth to continue to refine usability and innovate game-changing features. I am interested in your reactions. You can reach me at michael.burger@pocp.com.