The Impact of New, Nonproprietary Naming Convention for Biologics and Biosimilars: 7 Key Findings

What are the costs and burden associated with implementing the proposed, nonproprietary naming convention for biologics and biosimilars from the Food and Drug Administration (FDA)? It depends. All stakeholders will have to make some modifications to comply. However, the extent of the new naming convention is stakeholder specific and will also depend on the total number of drugs that will be involved. Those are among the findings of an in-depth study on the topic by Point-of-Care Partners (POCP), which undertook the project to better understand the range of stakeholders’ concerns and potential impacts. 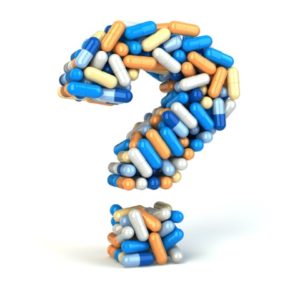 How the naming convention would work. Requirements for the changeover were spelled out in the FDA’s January 2017 guidance. Going forward, all biologics and biosimilars will have a unique, non-proprietary name that is a combination of the drug’s core name and a distinguishing suffix that is devoid of meaning and composed of four lowercase letters (e.g., infliximab-dyyb). These requirements apply to both newly licensed biologics and biosimilars, and will also be applied retrospectively to biologics already on the market.

According to the FDA, the new naming convention seeks to: 1) help prevent inadvertent substitution (which could lead to medication errors) of biological products that are not determined to be interchangeable by the FDA; and 2) support safety monitoring of all biological products after they are on the market by making it easier to accurately track their usage in all care settings (including outpatient, hospital and pharmacies) as well as trace adverse events back to the manufacturer and batch.

A work in progress. As expected, there are still many details to be worked out. For example, there is no final guidance on the format of the naming and suffix for interchangeable biosimilars as the FDA is still trying to determine if it’s best for the suffix of an interchangeable product to be “related” to its originator product or unique for pharmacovigilance purposes. In addition, retrospective name change of existing products is not ready for implementation because approval would be needed from the Office of Management and Budget, which routinely reviews the burden impacts of significant proposed regulatory guidance as required under the Paperwork Reduction Act. If and when it is implemented, it will be done with significant lead time. Also, as currently written, it will allow the manufacturer or holder of a Biologics License Application (BLA) to propose a suffix rather than having one randomly assigned.

In the future, the FDA wants to make sure name changes are communicated clearly to health information technology (health IT) vendors. Structured product label files will now include additional indicators (for example, a field for the biological drug substance name with suffix and beginning and ending dates of name) to help vendors link the old names and files together. This could help mitigate implementation concerns of drug data compendia vendors.

POCP’s study. To better understand the impact of the FDA’s new naming convention, POCP conducted in-depth interviews with key staff from drug data compendia, vendors and users of electronic health records (EHRs) and computerized physician order entry (CPOE) systems, pharmacists and a pharmacy system vendor. Findings show implementation of the guidance will, indeed, impact the industry, especially as it relates to existing biologics on the market, and, in most cases, stakeholders will be required to make some coding changes, system retrofits and other adaptations to accommodate the change. However, the extent of the impact is stakeholder specific and will also depend on the total number of drugs impacted by the guidance.

The drug database companies believe there is no reason to change this current process and the introduction of this new naming convention will simply cause unneeded confusion among prescribers. Some went so far as to argue that using suffixes will lead to higher prescribing of source medications, thus defeating the cost-saving purpose of introducing biosimilars. Furthermore, compendia executives with whom we’ve spoken argue that the proposed naming convention will not help improve the ability to track and trace an adverse event, which they believe is better handled through existing processes. These include capturing and storing the accurate dispensed medication data in all of the systems involved with the medication prescribing and dispensing process. At the end of the day, the costs and impacts to compendia will be based on the total volume of NDCs impacted, including any potential changes needed to regroup and/or implement indicators of the biosimilar and biologic reference product relationships.

Another area identified that may impact EHRs is the messaging to the provider when an electronic refill message is sent from the pharmacy to the provider. If a name change occurs and the linkage between the old and new name has not been made in the drug file, it may appear to the provider that the drug is no longer available for prescribing when, in fact, it is simply a name change for the drug. At the end of the day, EHR vendors should focus on taking extra time to thoroughly review changes to compendia files and review the links to ensure proper messages are being provided to the prescriber regarding the name change. This is highly recommended as a best practice, which is better implemented sooner rather than later.

The greater impact to the pharmacy staff and systems is related to the back-end processes, as opposed to the front-end dispensing of the drug. The FDA guidance addresses name change only and does not indicate if an NDC change must occur along with the name change. If an NDC change occurs along with a name change, billing and inventory management may be impacted during the transition period from old to new NDC. It is likely that there will be a transition period in which a pharmacy would have inventory with both the old and new NDC numbers. Any billing of product during that time would have to be carefully reviewed to ensure that the pharmacy is billing for the NDC number that was dispensed. There would be no programming changes required related to this issue because these are primarily process and operations changes to ensure that the name and/or NDC changes are clearly communicated to staff to ensure the correct billing of existing inventory during the transition period.

Bringing it all together. Through our research and interviews with stakeholder groups, we’ve determined that the guidance provided by the FDA concerning biologic and biosimilar naming will have an impact on all stakeholders in the industry. However, the extent of that impact depends on the volume of products involved as well as the extent of the change (i.e., name only or name and NDC number). The consensus among industry stakeholders with which we’ve spoken was that the guidance will likely pertain to the smaller list of drugs — those on the CDER list versus all US products with an approved BLA. POCP has been keeping on top of this issue. Let us know if you would like more information. We’d be happy to do a deeper dive for you on the market impacts of the FDA’s new guidance and our research. Contact me at poojah.babbrah@pocp.com.