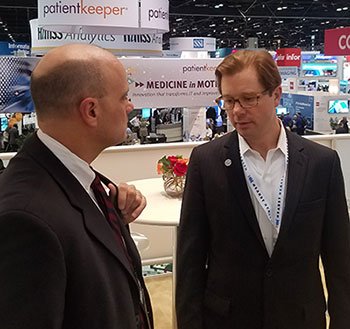 It’s a wrap for this year’s annual meeting of the Healthcare Information and Management Systems Society (HIMSS). While some think it’s getting too big and overwhelming, we believe it’s still — without a doubt — the best place to catch up with vendors and clients and on doings by various stakeholders in the area of health information technology (health IT). The Point-of-Care Partners team used its time productively through face-to-face discussions with stakeholders, attendance at presentations, discussions with exhibitors and investment of a lot of shoe leather.

We will leave it to others to report the specifics of HIMSS17. That said, here are some of the highlights of what went on in Orlando and a look at what the health IT industry might see in the year ahead.

See you next year at HIMSS18 in Las Vegas.