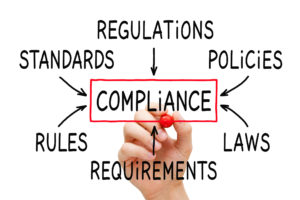 Congress, the Department of Health and Human Services (HHS) and the Centers for Medicare and Medicaid Services (CMS) were busy toward the end of 2018 in issuing guidance that will affect electronic prescribing (ePrescribing) and electronic health records (EHRs). The requirements were put forth as legislation, proposed rules or as a memorandum to Medicare Part D plan sponsors. We also understand that two additional regulations are waiting in the wings: one concerning electronic prior authorization (ePA) and the other concerning perceived information blocking by EHRs. In case you missed it, let’s review.

HHS’ action to rescind the two standards was taken in response to recommendations by the National Committee on Vital and Health Statistics in 2014 and follow-up input by stakeholders. According to HHS, the identifiers do not add value to electronic health care transactions and would be “costly, complicated and burdensome” to implement. In addition, the industry already has moved on, developing other ways to route claims and other HIPAA transactions using existing payer IDs. Comments are due February 19, so the final rule should be out in early summer. Payers and providers should be happy with HHS’ action, as they have opposed use of the standards for decades. In particular, providers were unhappy about the prospect of using HPIDs, noting that their health information technology systems were programmed to identify payers rather than plans. We wonder whether CMS’ action signals the need for HHS to update HIPAA standards and operating rules to reflect regulatory and market developments. Such a reboot would definitely have implications for ePrescribing as well as EHRs.

Speaking of HIPAA, the proposed rule does not address the elephant in the room: development of an electronic claims attachment standard under HIPAA, which has not gained any real traction since 1996. Because of the inaction, the Affordable Care Act  — passed in 2010 — included a provision requiring the federal government to issue a final rule by January 1, 2014 on standardizing electronic claims attachments. Needless to say, we’re still waiting but not holding our breath. The world has since moved on by creating standards to be used for certain types of attachments and incorporating information into EHRs. In addition, meaningful use requires 12 types of structured documents. It will be interesting to see if CMS takes up the challenge any time soon.

Point-of-Care Partners is closely monitoring these and other legislative developments. We’d be happy to walk you through them and help you with comment submission. Drop me a line at tonys@pocp.com.